Jakey Boehm Sleepfluencer: Today’s era is of social media. People are getting famous on this in many ways. There are many platforms of social media, with the help of which people present their talent in front of people, become famous and then start earning. But do you know that there is such a person who is earning money only while sleeping. Yes, he presents his gold videos in front of people through social media and earns handsomely every month. Let us know further that how this person is able to earn so much money while sleeping.

how much is earning
You must also know that many people are showing their talent on social media. He has millions of followers. But a person is neither showing any special talent nor does he have any special content. But still he is earning 28 lakh rupees every month. This person is such that he makes videos only while sleeping and is earning up to 28 lakh rupees every month. That is, Rs 3.36 crore for the year.

surprised by the talent
Earning lakhs of rupees in this way is quite astonishing. The person we are talking about is Jackie Boehm. This talent of Jackie Bohe is surprising people a lot. Not only this, many media channels have also taken interviews of Jackie for this talent. According to Jackie, this work is interesting as well as surprising. Jackie has become quite famous by the name Sleepfluencer. He lives in the Gold Coast of Australia.

Followed by millions of followers
Jackie is sitting on Tiktok with more than 10 lakh followers. Jackie is very much liked by the people. Well, apart from just sleeping, he is also a web developer. Still it is surprising that how Jackie is earning money by sleeping. A report in The Australian states that Jackie wears a night suit every night at 10 pm and goes to sleep. They go live at that time. Now people have to lift Jackie and they charge for it.

This is the complete way of earning
When Jackie sleeps, viewers who watch her at that time buy virtual gifts. It is from this purchase that there is a sound and then the light in their room is switched on. This is the same room in which Jackie sleeps. This is how Jackie is earning. This experience is no less than a video game for Jackie’s fans. For this work, Jackie prepared an online setup, in which about 30 thousand rupees had to be spent. Those who see them can turn on the light of the room only for 5 minutes.

life changed
This work completely changed Jackie’s life. Now they save money for the house. They also donate some of their earnings to mental health organizations. Users get relief from this. 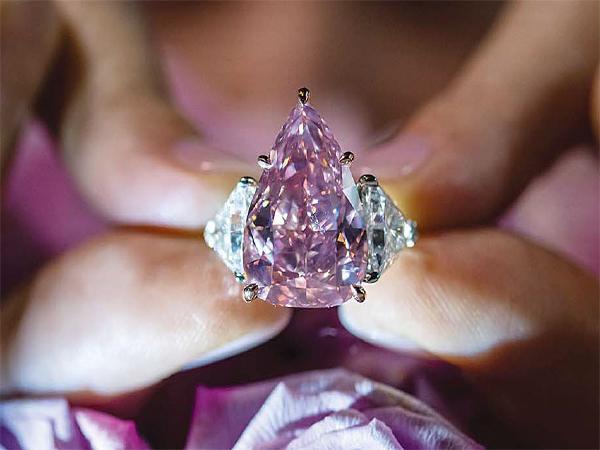 Amazing: Rare and rare diamond sold for Rs 23.29 crore, shaped like a pear

You must also know that many people are showing their talent on social media. He has millions of followers. But a person is neither showing any special talent nor does he have any special content.